The Investiture Ceremony of Indian School Al Ghubra was held on Wednesday, 7th of September 2022. It marked the induction of its Prefectorial Body for the academic year 2022-2023.  The event commenced with the singing of the School Song. The Principal, Mrs. Papri Ghosh accorded a warm welcome to the Chief Guest Dr. Ahmed Al Bulushi, Dean, College of Engineering- National University of Science and Technology. Mr. Sunil K. Convener, School Management Committee honoured the Chief Guest with a shawl and presented a memento.

The student leaders officially took charge as the Principal, Mrs. Papri Ghosh administered the Oath of Office and received their badges from the Chief Guest and Mr. Sunil K. who were assisted by the Vice-Principals- Mr. G. Sreekumar and Mrs. Pyarija Cidar.

From ISG-International, the Head Girl –Meethi Sharma and the Head Boy – Suurya Krisno Ganti were the first to be invested.

The members of the Student Council from classes 6 to 12 also took the oath of office.

The Chief Guest Dr. Ahmed Al Bulushi in his address expressed his gratitude to the Principal and the Management of the school for inviting him to exhort the leaders. He highlighted the significance of the key traits of honesty and integrity, good communication skills, confidence, knowledge, commitment and passion, courage, kindness and emotional intelligence to fulfill the duties of a leader. Recalling the leadership of His Majesty Sultan Qaboos Bin Said, Dr. Ahmed Al Bulushi spoke of the role played by His Majesty’s visionary leadership in transforming Oman into a progressive and prosperous nation.

This was followed by the rendition of the song- ‘We shall Overcome’ and a prayer for the leaders by the Principal, Mrs. Papri Ghosh. The event concluded with the recession of the Prefectorial Body. 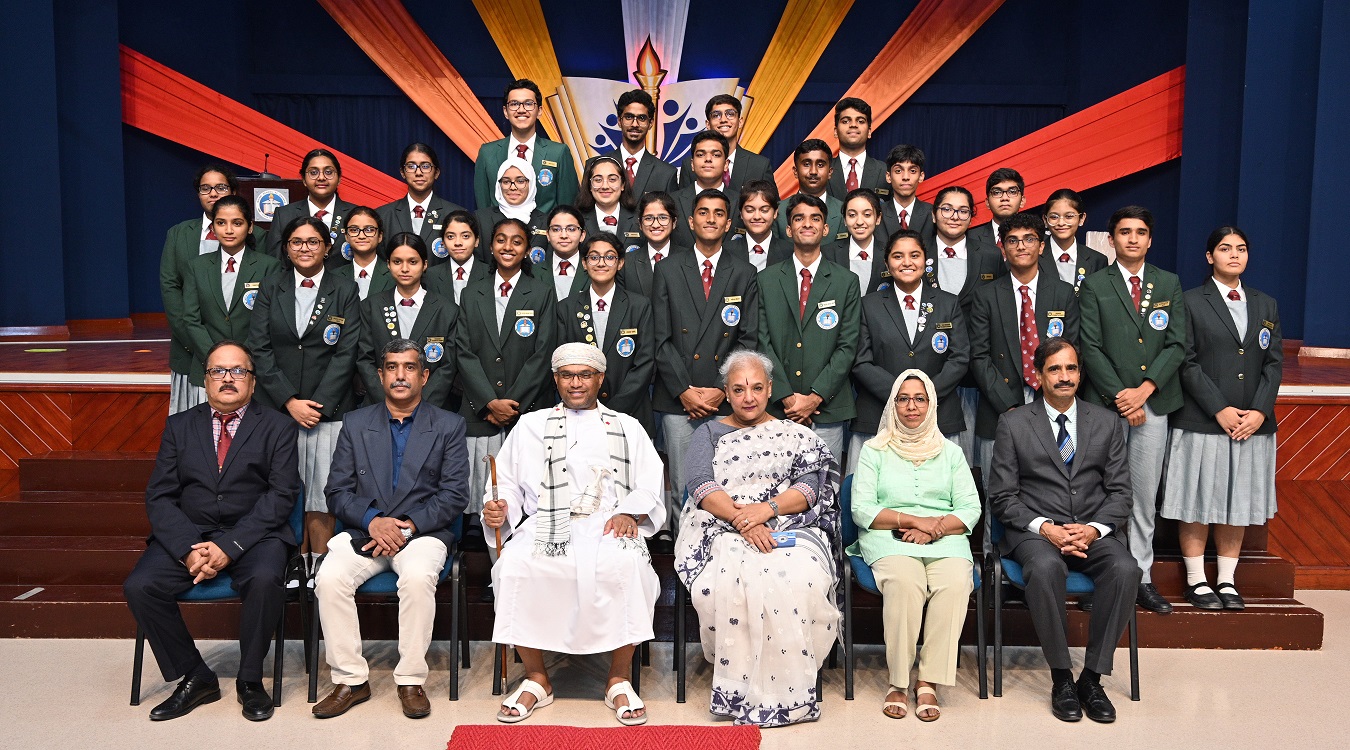