Seethalekshmi Kishore and Meethi Sharma from Indian School Al Ghubra have created history. The two literary whizkids have done the school proud by being recognized and honoured by the Gujarat Sahitya Academy, Government of Gujarat in collaboration with Motivational Strips, the world’s most active writer’s union.

In a recently held star-studded award function of the India Independence Day Global Literary Honours 2022, Seethalekshmi and Meethi were chosen from among 22 budding authors across the globe, for their exemplary contribution to Literature and Writing. The award which was commissioned in 2020, has been making headlines owing both to its exhaustive evaluation process as well as its nominations from more than 173 countries.

Honouring the budding authors, Mr Shiju Pallithazheth, the Founder and President of Motivational Strips, opined that the dawn of a glorious future in the literary arena is within reach with the arrival of young authors as these.                          Padma Shri Dr Vishnu Pandya, the Chairman of the Gujarat Sahitya Academy, said that the young achievers had to successfully pass the stringent evaluation process by committee members before being declared winners.

Ms Papri Ghosh, Principal, Indian School Al Ghubra applauded the efforts of the young aspirants and encouraged them to further excel and nurture their literary merits. Seethalekshmi and Meethi have set examples for their counterparts in the school to pursue literary and leadership goals. 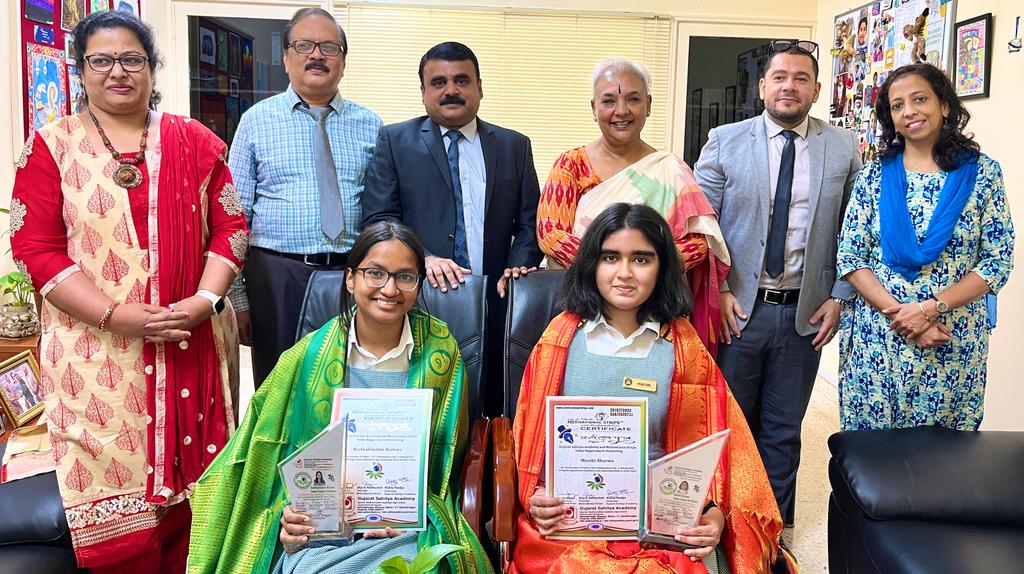