The school premises wore a festive look adorned  with flags and streamers in the  colours of the national flag of Oman. Staff and students greeted each other cheerfully with extra warm smiles reserved for the Omani nationals.

A special assembly was conducted by the Department of Arabic. The Chief Guest was Mr Sunil K, Convenor of School Management Committee . The programme commenced with the singing of the Royal Anthem of Oman followed by the National Anthem of India. Alina Muskan of class 10 dressed in traditional attire, welcomed the gathering in Arabic and English . Safah Khanum (Class 10) delivered a speech highlighting the beauty and cultural heritage of Oman which was translated in English by Laaibah Mujahid (Class 10).  It was followed by a video prepared by Godwin Luers (Class 10). It showcased the many landmarks and attractions of Oman. The students of classes 6 and 8 sang a lilting song in Arabic titled ‘Azeemul Majd’ which had the audience clapping to the beat of the song. Akanksha R. Kumar of class 7 narrated a story written by Mrs Amal Rahbi, the school librarian. A quiz on Oman conducted by Shaun Jose of Class of 10 was well received by the students. Taniya Gayasuddin and Aditya Anoop of classes 10 and  8 respectively accompanied by the students of class 9  sang a melodious song in Arabic. Zahiya Zainab (Class 7) rendered a beautiful poem. A graceful traditional dance performed by students in colourful costumes was thoroughly enjoyed by the audience.

The Principal Mrs Papri Ghosh in her address conveyed her best wishes  to  the ruler, His Majesty Sultan Haitham Bin Tariq Al-Said   and  to the warm and gracious people of the Sultanate. She expressed her gratitude for the opportunity to lead a life of peace and prosperity in this beautiful land. She took the opportunity to thank the Ministry of Education for the support and guidance they have always extended to the school.

The Omani staff members of the school were presented with mementos by the Chief Guest Mr Sunil K while the students cheered enthusiastically. The Assembly ended with Haadiya Nasir (Class 10) leading the gathering in prayer  for this great country to continue on the path of progress.

With characteristic generosity and hospitality, the Omani nationals of ISG staff laid out a big spread of traditional Omani dishes in the auditorium, which the school community enjoyed wholeheartedly. 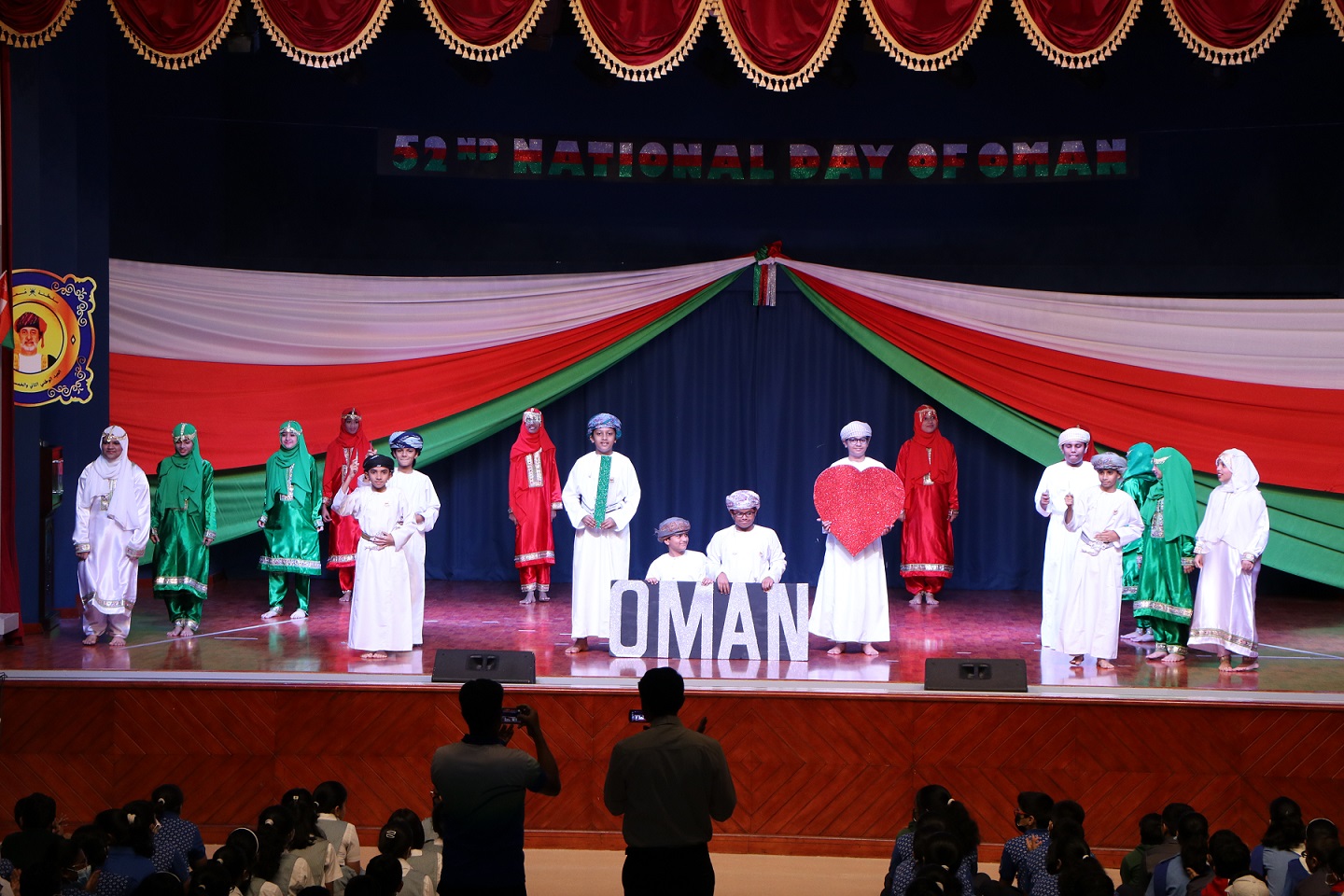