The 32nd   Annual Athletic Meet of Indian School Al Ghubra was held on Tuesday, the 29th of November 2022 on the school grounds. The Chief Guest for the event  was Engineer Khalfan Saleh Al Nabi, Board member of Oman Olympic Committee (OOC) and Chairman of Oman Basketball Federation, Advisor - Ministry of Sports and Member of State Council. The Guest of Honour was Mr. Barakat Mubarak Al Harthi, International Athlete of the Sultanate of Oman specializing in 100 metre sprint.  In her speech , Alisha Amjad - Sports Captain Girls, accorded  a warm welcome to the distinguished guests.

The event began with a brisk March Past by the senior students in their house contingents. It was followed by the Peace Run where the National and International athletes of ISG who did the school proud in various sporting events ran a victory lap around the field thereby setting the tone for the events. The Meet was declared open by the Guest of Honour, Mr. Barakat Al Harthi, International Athlete of the Sultanate of Oman.

Races for the sub-junior, junior, intermediate and senior boys and girls had the spectators heartily cheering on the participants. The lively and rhythmic drill display by the boys of classes 6, 7 and 8 earned them a thunderous applause. The Guest of Honour  Mr. Barakat Al Harthi presented the medals to the winners.

There were many surprise events which made this year’s Athletic Meet thrilling and memorable. The Guest of Honour offered to run a race with the athletes which the students  took up with great excitement. There were also races for parents in which they participated enthusiastically and won medals. One of the most interesting segments of the Sports Meet was the Inter -House Neuromuscular Movement Competition wherein each House executed a  well-planned set of exercises much to the enjoyment of the spectators.

The Chief Guest Engineer Khalfan Saleh Al Nabi presented the winners with medals and trophies. Nizwa House bagged the First Position for the March Past with the Runners UP Trophy going to Sur House. The first Position in the Inter-House Neuromuscular Movement Competition was shared by Sur and Nizwa House and the Runners Up Trophy was also shared between Muscat and Sohar House.  Sur House won the much coveted Overall Champion House Trophy for 2022 – 2023 and the Runners Up Trophy went to Muscat House.

The Beating Retreat ceremony was followed by the Chief Guest declaring the Meet closed. The Grand Finale was the drill display by the girls of classes 6, 7 and 8 which was beautifully executed by them in darkness with their glowing light apparatus moving in perfect harmony to the rhythm of the music. The evening’s proceedings ended with Janav Sridhar Gowda the Sports Captain Boys, proposing the vote of thanks. 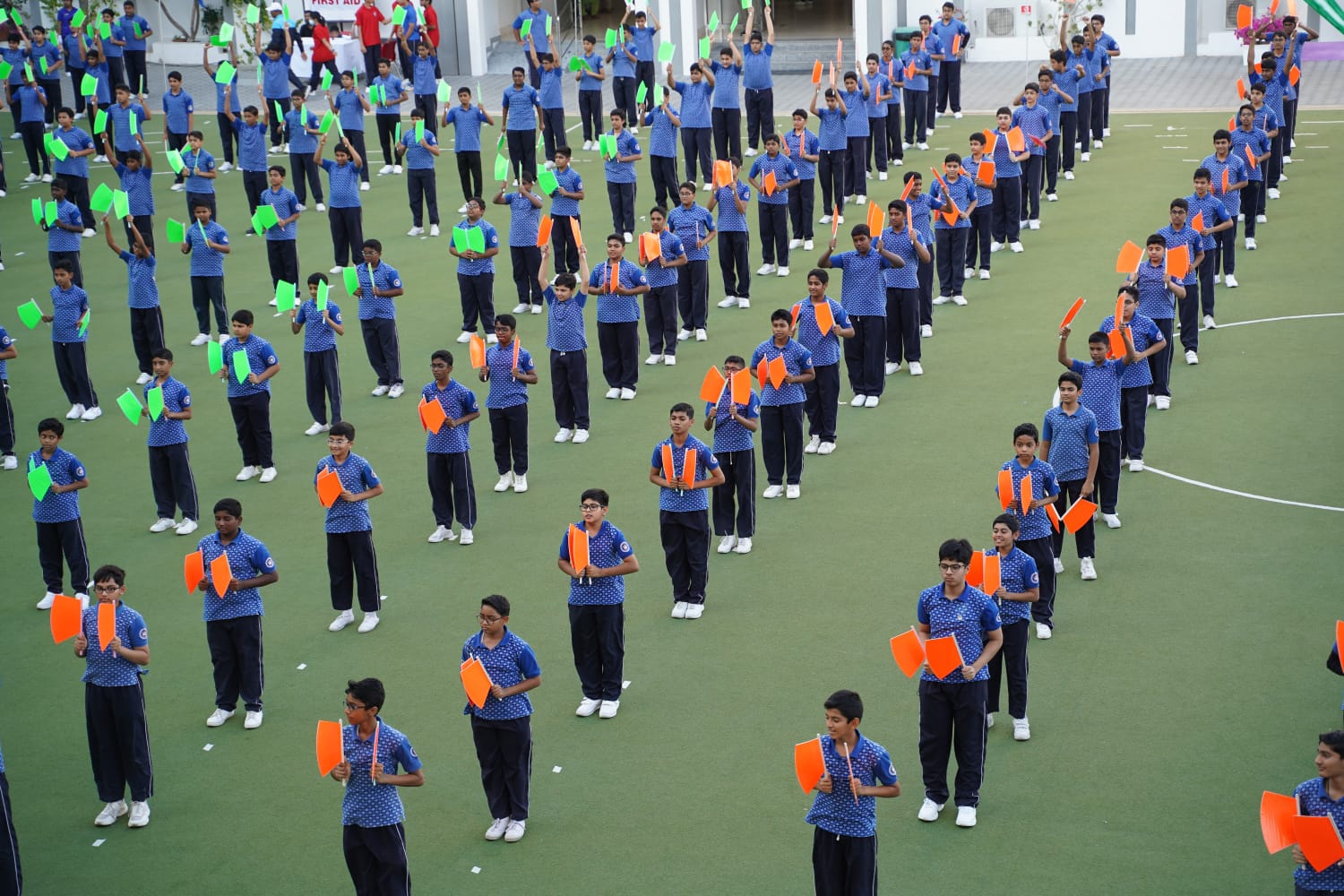