Indian School Al Ghubra commemorated the Republic Day of India in a solemn function on Sunday, 26th January 2020 as befitting the circumstances. The function had students expressing their thoughts on India in speeches and poems.

A speech by Aditi Guru, a class 8 student highlighted the progress made by India after it entered the world stage as a Soveriegn, Socialist , Secular, Democratic  Republic. In her speech she also paid homage to His Majesty Sultan Qaboos Bin Said and expressed her gratitude for the boundless benevolence shown to the Indian community by His Majesty which undoubtedly will be continued under the leadership of His Majesty Sultan Haitham Bin Tarik.

Poems expressing the significance of the colours of the Indian flag and the hopes and aspirations of the youth of India were written and recited by three students of class 9 - Pallak Dhabalia, Aimie Isaac and Krishna Rajeev Nair.

A poem recitation in Hindi by Lakshmi Rajeev Menon of class 9, narrating the poignant tale of a brave woman warrior of India reminded the audience of the many who made the ultimate sacrifice for their country.

A video presentation by Tabitha Thomas and Sarah Ann Joseph, highlighted the significance of the day by depicting the process by which the Constitution of India which is the world’s longest written  constitution was formulated and finally enforced, 71 years ago .

In a choral recitation by the students of classes 6, 7, and 8, a pledge was taken to work tirelessly for the good of the country and humanity at large.

The programme ended with the Principal, Mrs Papri Ghosh saying a short prayer asking the Almighty to grant wisdom to humanity so that love and peace prevails in the world. 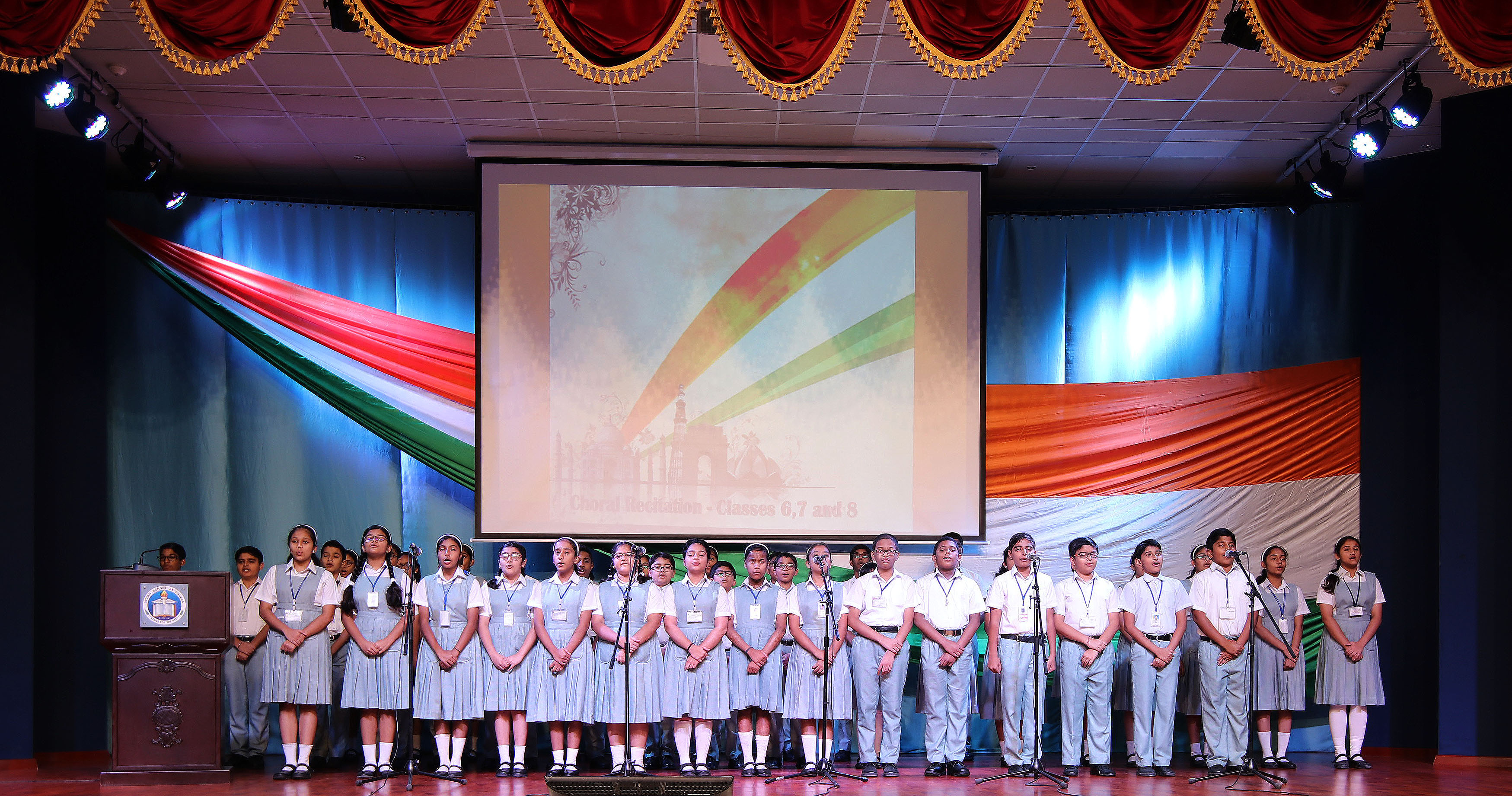