Nakul Mahesh of Indian School Al Ghubra made an impressive 101 runs from 80 balls in a league match played in the Cricket Tournament organized by Oman Cricket.

The under 16 cricket team of Indian School Al Ghubra won the match played against Sri Lankan School Muscat on Saturday, the 1st of February at the Al Amerat grounds. The decisive win was due to the sizzling batting of Nakul Mahesh and Mohammed Nihal Siraj both students of Class 10.  Nakul’s century and Nihal‘s 74 runs from 57 balls had the team from ISG cruising to victory. 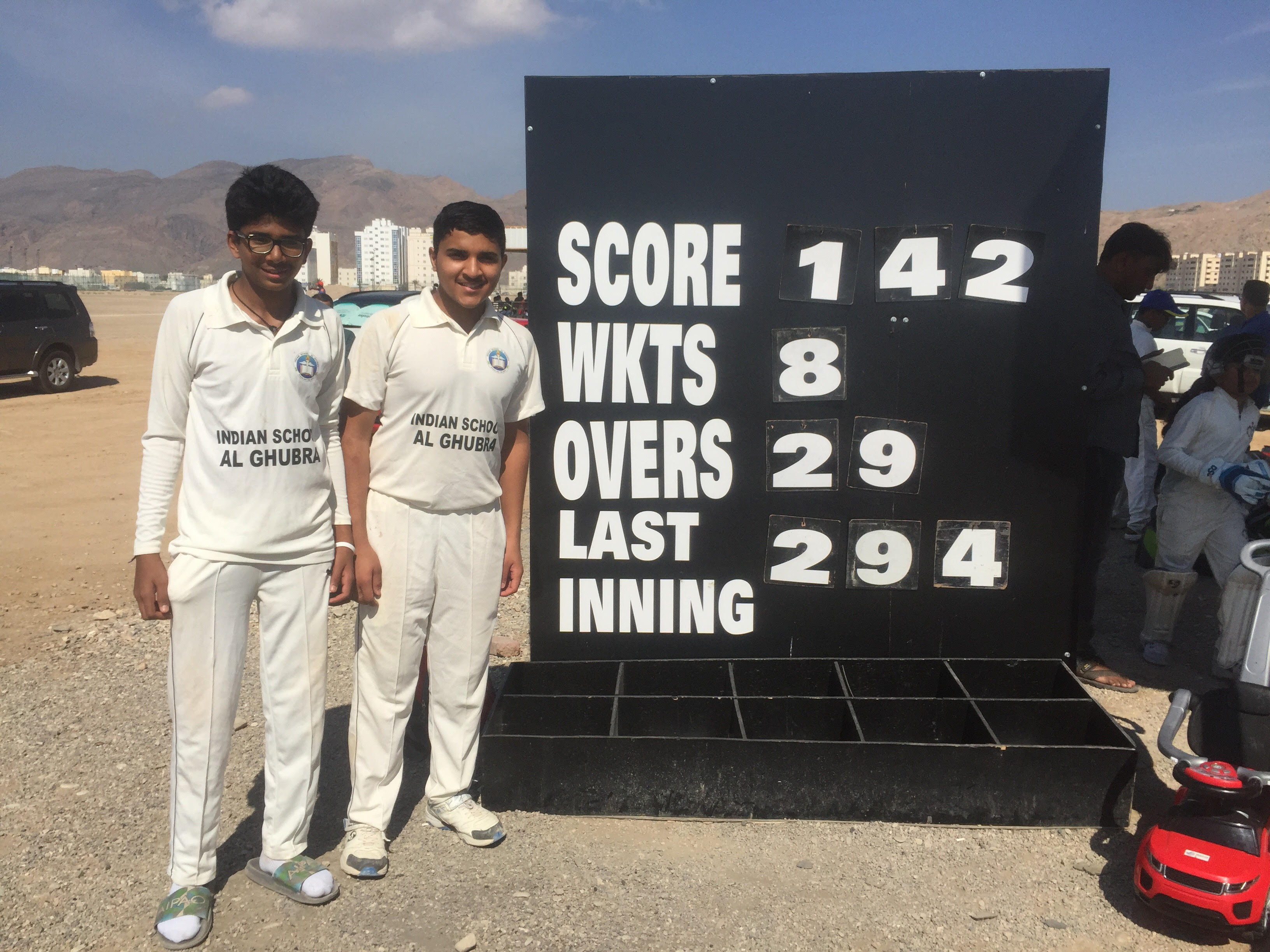