Indian School Al Ghubra hosted the 5th Edition of the E. Ahamed Model United Nations Conference on a virtual platform on the 24th and 25th of October 2020.

This year the conference was attended by students from 47 schools across10 countries around the globe.

His Excellency Munu Mahawar,  Ambassador of India to the Sultanate of Oman  was the Chief Guest for the Opening Ceremony. In his address,  he stated  that on the 75th anniversary of the formation of the United Nations, the youth should understand that multilateralism  is the only way forward for humanity. In her address, Her Excellency  Deepa Gopalan Wadhwa who was the Guest of Honour and the Keynote speaker highlighted the importance of the UN as a symbol of hope and belief in the intrinsic goodness of the human race.

The Chief Guest for the Closing Ceremony was His Excellency Indra Mani Pandey, India’s Permanent Representative to the UN. He spoke of the  leading role played by the UN  in dealing with many global issues of our times such as terrorism, climate change,  realisation of sustainable development goals and the promotion and protection of our human rights. Dr. P Mohamed Ali, Founder of ISG  was the Guest of Honour. He encouraged  the delegates to spread the message of equality,  peace and understanding in the world.

Mr. Ahmed Rayees, President -ISG and Chairman of E.A.MUNC  hoped that the conference  was a memorable  experience and had inspired the delegates to seek leadership positions in the UN and  strive to solve the  complex problems of the world  through diplomacy.

The office bearers of the E.A.MUNC 2020 were Hiba Zafar Zaidi – Secretary General, Lukshya Ganjoo – Director General .  They, along with the Bureau Chiefs  of the 5 committees - Soham Raniga – Security Council; Natasha Nunes – DISEC; Nikitha Thomas - UNHRC ; Aditya Sharma - UNILO;  and Kshama Sushilkumar – UNFAO conducted the affairs of the conference simulating the procedures and protocols of the UN. Nitu Andrews Machilath, the Head Girl and Mohammad Khuroo , the Head Boy hosted the Opening and Closing Ceremony.

The theme of the conference being ‘Getting Ahead of Global Challenges’, the 432 delegates deliberated upon challenging global issues such as-  addressing territorial, commercial and military claims in the Arctic, regulating private military contractors ,combating organ trafficking, eradicating forced labour,  improving and implementing of food security systems in Africa. The intense research and preparation by the delegates bore fruit, as the issues were deliberated upon from diverse perspectives and consensus reached through skilful negotiations.

Awards such as Outstanding Diplomacy, Diplomacy,  Best Position Paper and Verbal Mentions were awarded to the delegates.

The Principal, Mrs. Papri Ghosh proposing the vote of thanks  expressed her gratitude to the Ambassadors who shared their extensive experience  in the world of diplomacy which immeasurably enhanced the value of the conference.  She thanked the Heads of the participating schools and the student delegates for their enthusiastic participation. She also thanked team E.A.MUNC for sparing no effort in hosting a successful and memorable  virtual conference. 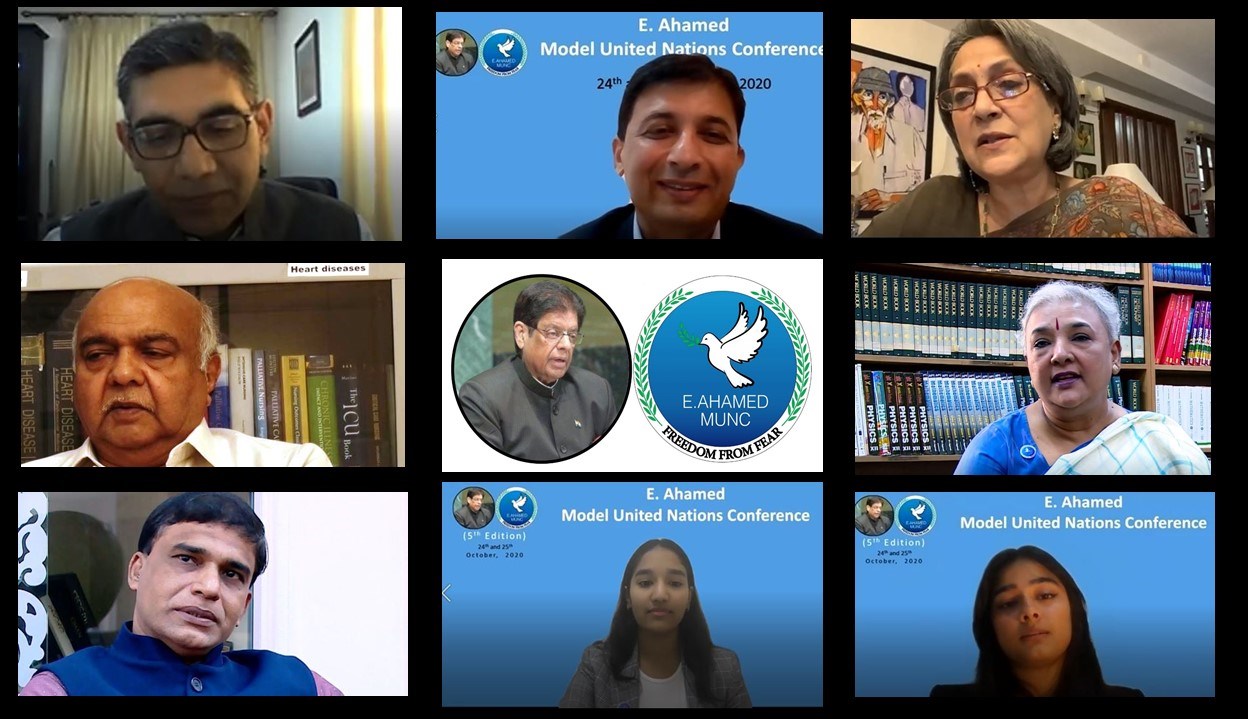 ISG STUDENTS WIN AWARDS AT I CAN -FESTIVAL OF EXPRESSIONS