Indian School Al Ghubra hosted the 6th Edition of the E. Ahamed Model United Nations Conference on a virtual platform from the 10th  to the 12th  of September 2021.The conference was attended by 350 delegates  from 32 schools across 5 countries. The theme of the conference was ‘Unbreakable Unity Through Crisis’

The Chief Guest of  the Opening Ceremony of E.A. MUNC 2021 was Mr Mohiuddin  Mohamad Ali, the Vice Chairman of Galfar Engineering and contracting and Member of Board of Directors and Board of Trustees of National University of Science &Technology. In his address, he encouraged the delegates to use the opportunity given to them to become good leaders of tomorrow.

Dr. Baby Sam Samuel was the Guest of Honour and Keynote Speaker. A business designer, organization mentor and social impact leader , he has served as the Chairman of the Board Of Directors to Indian Schools in Oman. In his inspiring talk he urged the delegates to acquire the knowledge and the skills required to be the changemakers that the world needs.

After the Opening Ceremony, the delegates moved to their respective committees to deliberate and discuss the various topics assigned to them.

The three-day conference came to an end with the Valedictory function which had  as the Chief Guest, His Excellency Venu Rajamony,  former Ambassador of India to the Netherlands and Professor of Diplomatic Practice at Jindal Global Law School. He shared valuable insights from his 34-year long experience in diplomacy to inspire the delegates.

Mr. Ahmed Rayees, President of SMC-ISG and Chairman of E.A.MUNC, in his speech, hoped that the conference  was a memorable  experience for the delegates and would inspire them to seek leadership positions in the UN.

The office bearers of the E.A.MUNC 2021 were Adithya Sharma  – Secretary General;  Kshama Sushilkumar  – Director General;  They, along with the Bureau Chiefs  of the 5 committees – Raechel Mary Bobby –HSC;  Jai Bhagat – SOCHUM; Vinayak Balasubramanian – UNEP; Sujanyaa Sriram – WHO; and Anoushka Madavi -  UNHRC efficiently led the proceedings, following closely the procedures and protocol of the UN.

Awards such as Outstanding Diplomacy, Diplomacy,  Best Position Paper and Verbal Mentions were presented to the delegates. The newly instituted award for the Best Committee was shared between SOCHUM and  HSC.

The Principal , Mrs Papri Ghosh  thanked Mrs Maleka Ariwala, the Director of E.A.MUNC  and MUNC co-ordinator at ISG, the teachers and the delegates for their untiring enthusiasm and hard work.

The valuable perspectives and experience gained at the conference has undoubtedly left a deep imprint on the hearts and minds of the delegates. 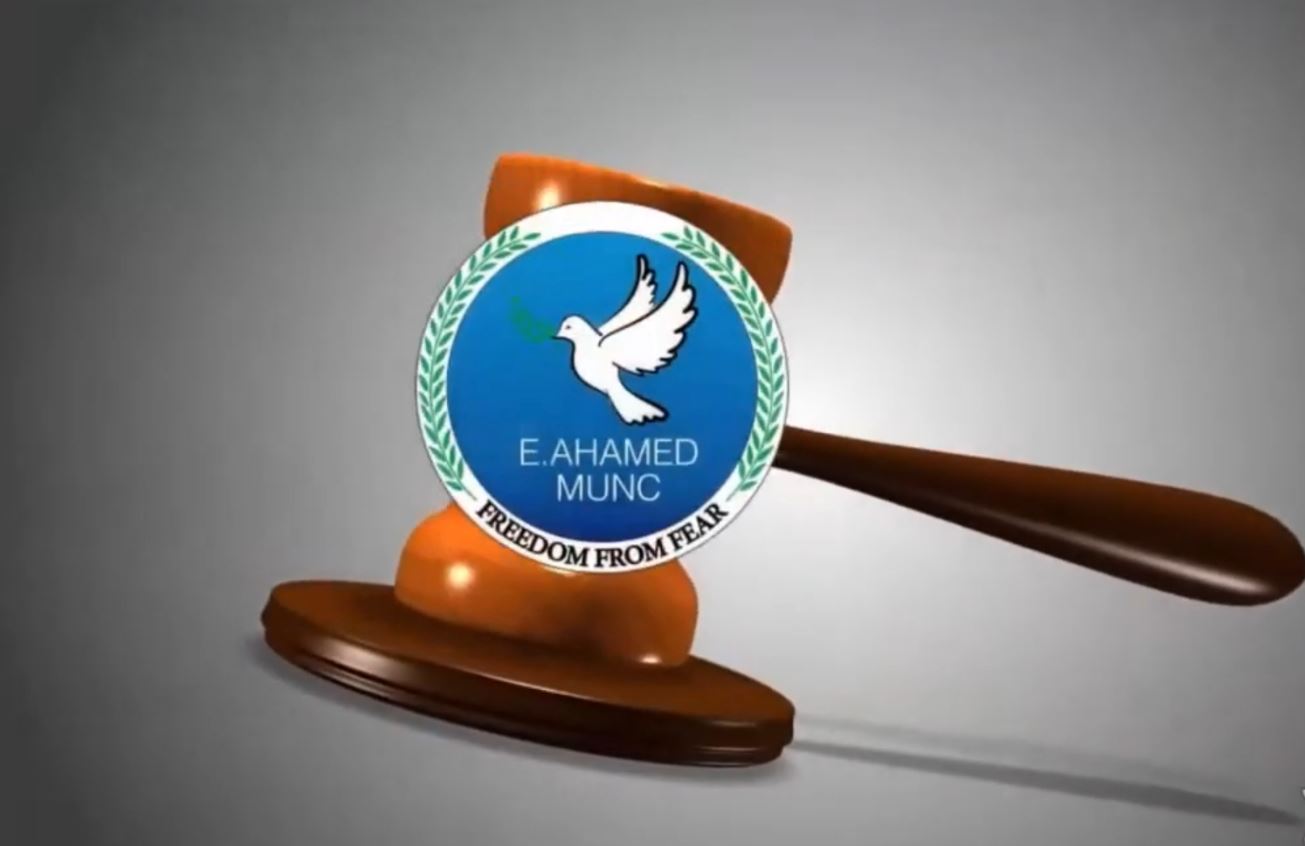