Eloshiya has made a mark in the wrestling field which was hitherto considered a male domain. She has earned herself a place in the 4th National Belt Wrestling Championship 2021 which will be conducted in Goa from 28-31 October 2021.

Eloshiya has made an indelible mark in the sporting achievements of ISG. She has won the hearts of several and the school wishes Eloshiya the very best in her onward journey, opined the Principal, Mrs. Papri Ghosh. 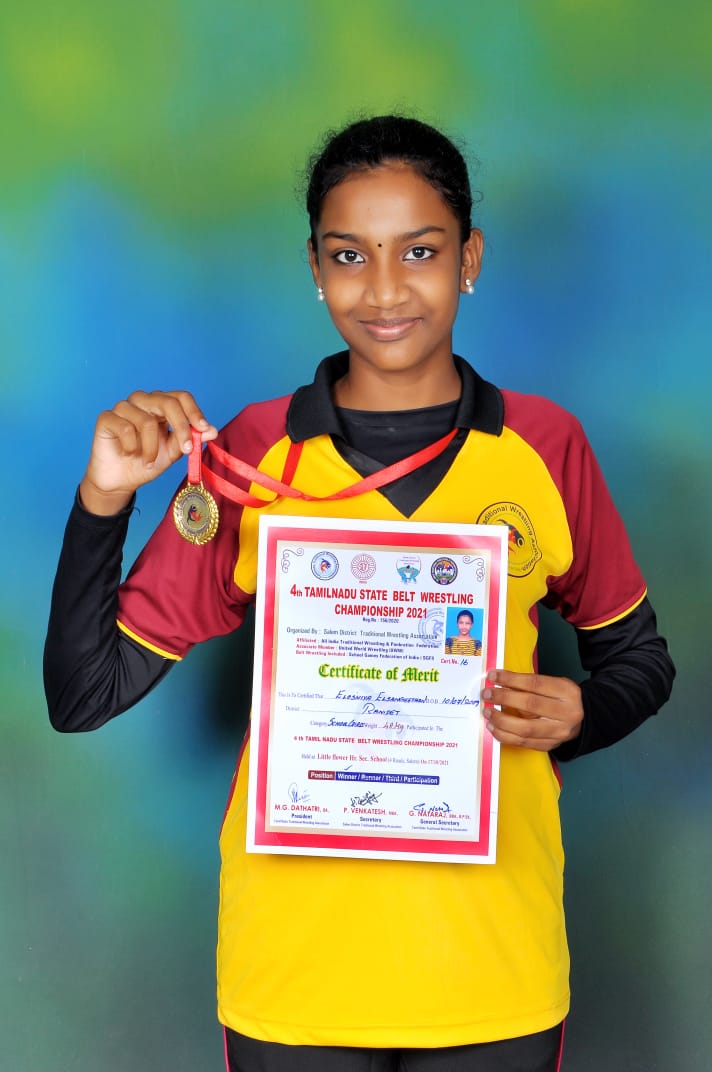