Surya Reji, a class 4 student of Indian School Al Ghubra has excelled in solving Rubik’s Cube blindfolded. He is the son of Mr. Reji Prashanth, an alumnus of ISG and Mrs. Pallavi Reji.

It was last year that Surya developed a keen interest in solving Rubik’s Cube after watching a You Tube video. From his initial timing of 4 minutes, he managed to solve the cube in less than a minute and that too blindfolded. Surya was quick to learn the algorithms behind solving the Rubik’s Cube and also keeps experimenting with different speedcubing methods. His aim is to enter the Guinness World Records and he is diligently working towards it. He even tutors his 4 year old sister and motivates her to improve her timing.

Even at Kindergarten Surya’s remarkable memory was evident as he could identify and recollect the tough names of different species of dinosaurs.

The members of the ISG family congratulate Surya Reji, for his remarkable talent and wishes him the very best so that he develops his unique abilities and applies it creatively in the future. 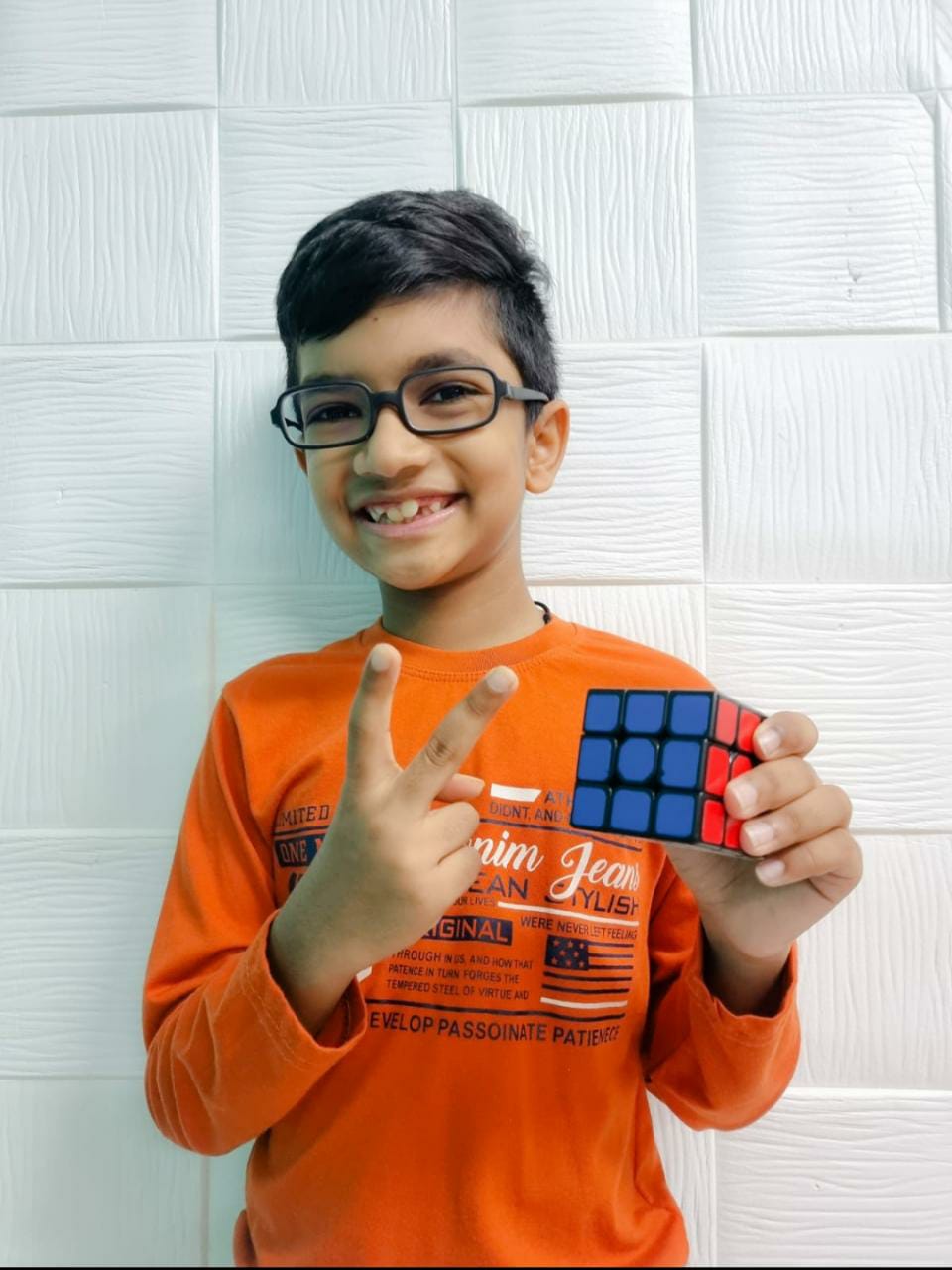