The seven year old’s dream run began as a mere four year old when he accompanied his mother, Anuradha Udaiwal, on her hiking expeditions in the mountains of Oman. Little Akshaj claims mountain climbing comes naturally to him and he feels a deep sense of exhilaration as he fearlessly explores the natural terrains of the Indian subcontinent.

Colonel Pradeep Bist, SM identified Akshaj’s unique ability and trained him in honing his mountaineering skills. In December 2021, Akshaj created a record of sorts by scaling the Chandrashila summit in Uttarakhand which is 4000 metres above sea level. This feat earned him a place in The India Book of Records wherein he was conferred with the Honour of Appreciation.

“The school is truly proud of Akshaj’s stupendous achievement and wishes him luck in his future endeavours,” said the school Principal, Mrs Papri Ghosh.

Akshaj Udaiwal is an inspiration for youngsters his age who dream of creating a niche for themselves in the field of mountaineering. 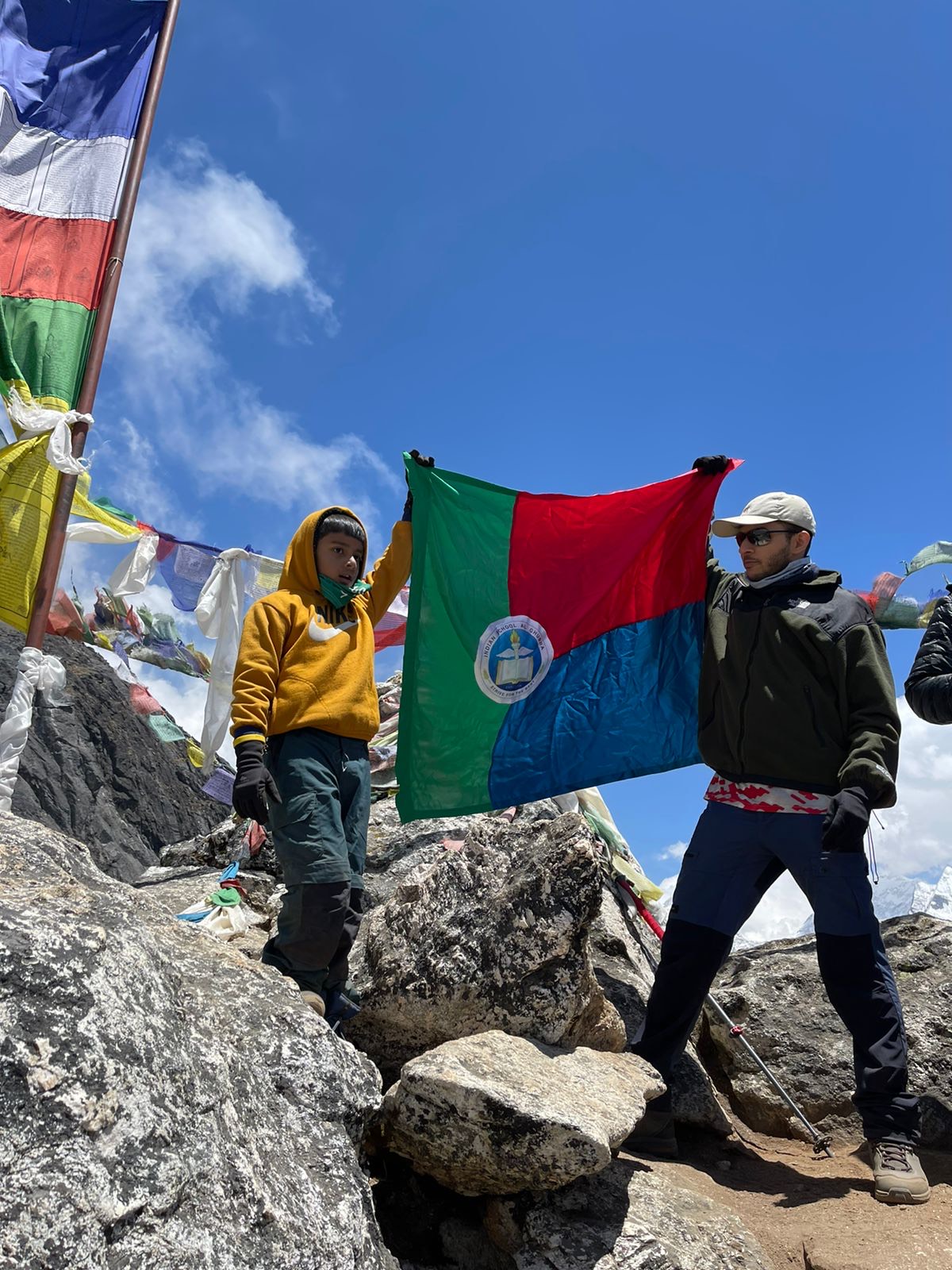