Three students from Indian School Al Ghubra have created a record of sorts by emerging victorious in the International category of the ‘Grow Your Buds Poetry Rendition Contest 2021’ conducted by Motivational Strips, the world’s most active forum under the aegis of a reputed educational group of India, Soundarya Educational Trust. Seethalekshmi Kishore, Gouri Reghu and Anika Govil students of classes 9 and 8, have achieved this phenomenal feat by writing their own poetry and presenting it in the forum. They were declared winners from among more than 130 entries across the globe.

To commemorate the occasion of Children’s Day, the founder of Motivational Strips, well-acclaimed author, Shiju H Pallithazheth, decided to conduct this unique contest to highlight the relevance of an authentic and dedicated approach to determine greater quality in Literature. The elite panel of judges spanning global prominent literary figures in consensus spoke that the poetry rendition videos had to be repeatedly watched before deriving at final results. The students were praised for their poems and its rendition, highlighting the relevance of intonation, language accuracy and presentation. The trio from Indian School Al Ghubra grabbed top honours from among five winners in the International category. Seethalekshmi’s poem titled, ‘Thank you Corona’, Gouri’s poem, ‘The Rarest Phoenix’ and Anika’s poem, ‘The Beach’ were judged the winning entries. Cash awards from royalty earned from the best seller, ‘Katashi Tales’ was declared for top winners holding the highest marks in the contest by the Motivational Strips founder. Seethalekshmi Kishore earned herself a cash award of USD $ 200. The winners were personally handed over the awards and certificates by Mr Shiju on Thursday, 19 May 2022 at Indian School Al Ghubra in the presence of the school Principal and Vice Principal.

The joyous students acknowledged the role of their school, their teachers and their parents in motivating and steering them towards success. The Principal, Mrs Papri Ghosh, was overjoyed and extremely proud of the achievement of the budding writers. She exhorted the literary efforts of the young writers and urged them to nurture their writing skills. The ISG literary maestros have set a precedent for many others to follow suit, thus, serving as an inspiration for upcoming generations. 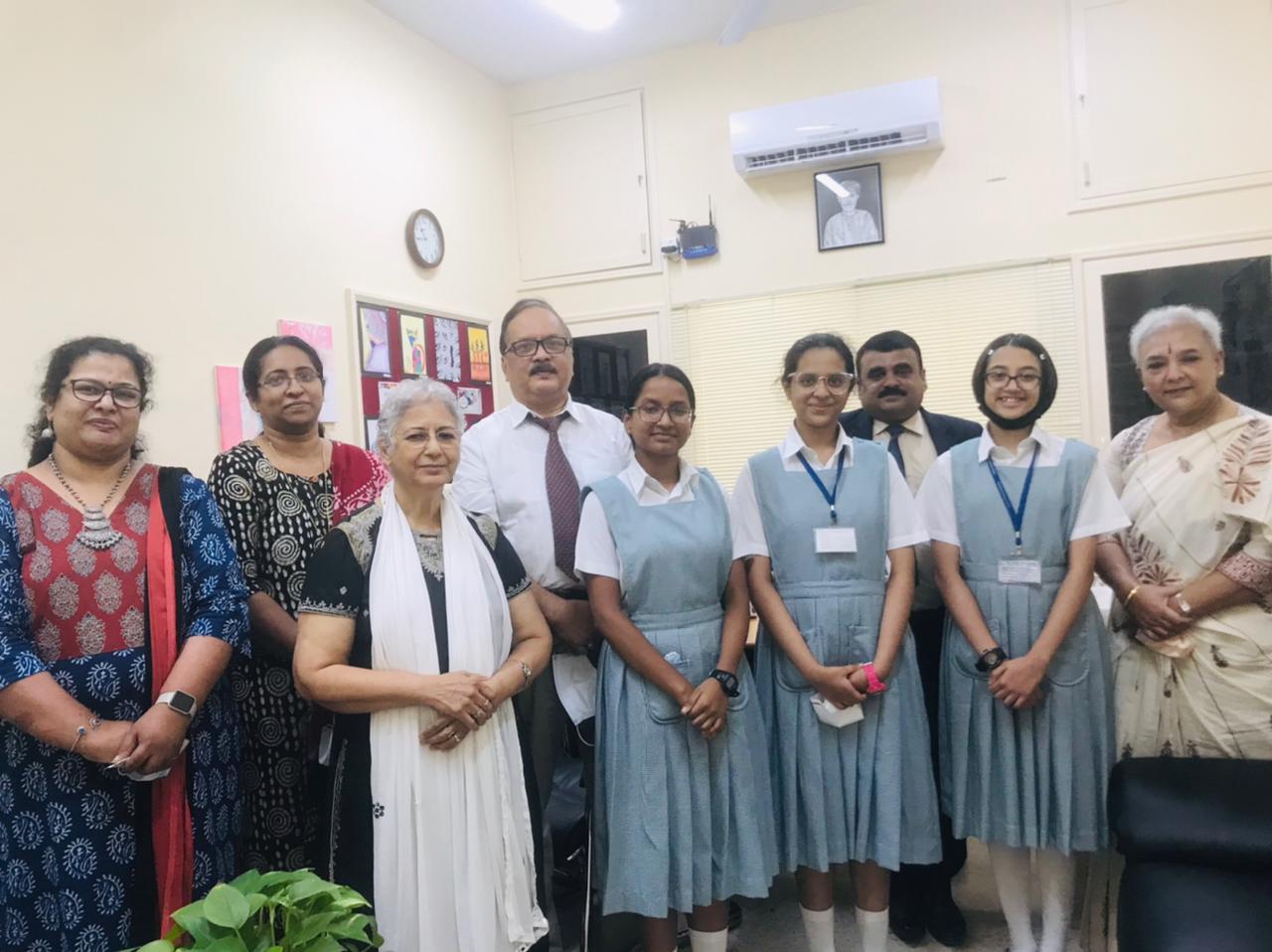