Seethalekshmi Karayil Kishore, a class 8 student of Indian School Al Ghubra, won the third position in the 5 km run in the Open Female Category of the Oman Desert Marathon 2021. The event was held at Al Jawharat Bidiyah Resort in the Sharqiyah Sands on the 20th of November to coincide with the 51st National Day of Oman.

Seethalekshmi was elated that she came third in the Open Female Category which had people from different nationalities. She said that she had taken part in athletic events in school earlier but became quite inactive recently. The encouragement she received from her Sports teachers Mr. Murugan, Mr. Vijayan Rao and the Supervisor Mrs. Shamshad Hamza has helped her push her limits and take up this challenge. She urged her peers to give due importance to physical health along with academics.

Like her parents, the members of the ISG family are immensely proud of Seethalekshmi’s achievement. 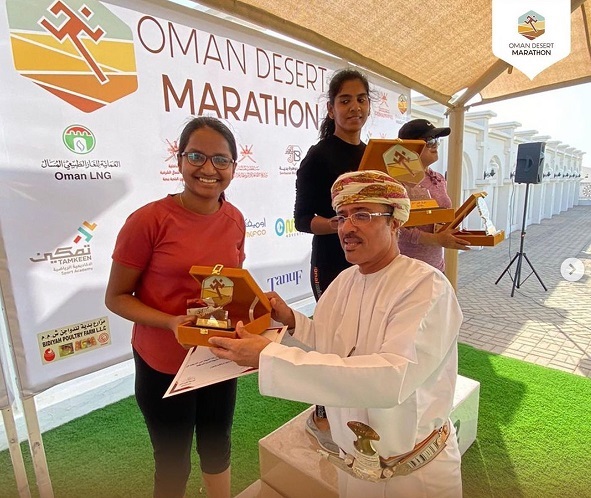